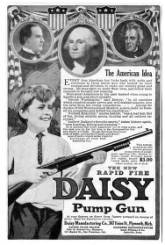 Long before the numbing regularity of school shootings, the Kyle Rittenhouse trial and the current Supreme Court debate over whether to further relax gun laws, composer and lyricist Stephen Sondheim was sounding the alarm about the role of guns in American culture.

Sondheim, who died on Nov. 26, 2021, had a knack for using stage and song to explore America’s dark, violent underbelly.

One of his lesser-known works, “Assassins,” just started a new run off-Broadway by the Classic Stage Company. Originally produced in 1990, the musical is a collective biography of the historical figures who attempted to assassinate U.S. presidents, four of them successfully. Nine of the 13 assassins or would-be assassins are included, from John Wilkes Booth, who killed Abraham Lincoln, to John Hinckley, Jr., who shot Ronald Reagan in 1984.

These malcontents hardly seem like promising subjects for a musical. But Sondheim brilliantly deployed musical theater to explore America’s curious fascination with firearms and the pivotal role of assassinations in the republic’s history.

Read more in The Conversation (Co-authored with Peter Rutland).

Jennifer Tucker is a historian who studies the interrelations of art and science, photography, and mass visual culture, with a specialization in 19th to mid-20th century British, U.S., and trans-Pacific history. The common threads in her diverse research fields are the dynamics of visual media in modern history, the nature of evidence, public perceptions and practices of history, and the interrelationships of science, technology, and the law.

Andrew W. Mellon Foundation “Humanities for All Times” Awards $1,064,500 to Wesleyan University for its “Carceral Connecticut Project,” Exploring the Past and Contemporary Resonances of Slavery, Race, and Industrialization in New England

Wesleyan University (Middletown, CT): Through the generosity of a Mellon Foundation “Humanities for All Times” award, Wesleyan is able to embark on a new project that explores – from interdisciplinary perspectives – the past and Read more…